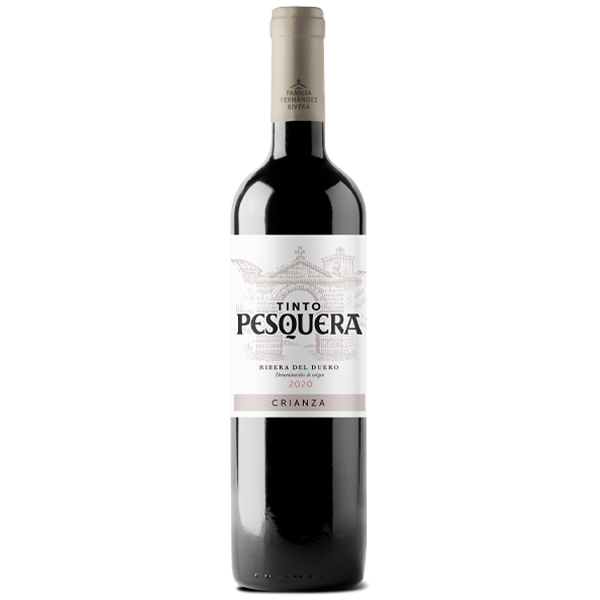 NOSE: The nose shows ripe red fruit with hints of lavender and violets, balsamic and spicy notes, creating a serious and complex wine with nuances that will evolve over time.

PALATE: A full-bodied wine, with marked acidity that persists in the mouth reminiscent of red, spiced fruits.

CONSUMPTION: Optimal from the moment of purchase. It is advisable to decant the wine 30 minutes before serving as there may be sediments that do not affect the quality of the wine, as a result of its natural production process.

DESCRIPTION: Within the municipal boundaries of Pesquera de Duero, facing south at an altitude of more than 800 metres.

CLIMATE: There are some key factors that shaped how the entire life cycle evolved in the 2017 vintage. In general, 2017 was marked by a cold winter and a strong drought during the warmer months. Average annual rainfall is 400 mm, but it fell to only 250mm that year.
Among these general features, there is a specific fact that shaped the normal vine growth cycle. Bud break took place mid-April and on the night of the 27th to the 28th of April, there was widespread frost in the Ribera del Duero region, with temperatures dropping to -6 ºC. This led to the loss of almost all the buds that had bloomed, which meant a second bud break wherein not all the buds were fruitful. As a result of a few months of heat and drought during the vine’s period of development, its growth cycle was shorter than usual, with bunches from second-generation buds.
2017 is a vintage with healthy, fully ripened grapes, but it is important to point out that there were fewer bunches per vine, with smaller berries and bunches weighing less.

HARVESTING: The harvest was healthy and of an exceptional quality.

AGEING: Aged 18 months in American oak barrels and 6 months in the bottle before being released onto the market.

No products in the cart.